Sleep With One Eye Open: Shadow - Chapter One

I paused in the middle of the dark, claustrophobic bush track to listen for the tell-tale sound of their heavy footsteps trudging through the endless nocturnal shadows. Long twisted branches reached across the track, their claw-like tips scratching my face and snaring my clothes. The hair on my neck stood up as a long dry moan wafted through the thick scrub on my right. Dappled moonlight filtered through the branches above me, giving the shadows a life of their own. I tried to swallow but my throat was too dry. I glanced over my shoulder, but I couldn’t see anything in the inky darkness. Something grabbed my ankle from the undergrowth. I quickly stomped my boot on its filthy, claw-like hand. An angry hiss spat at me as the arm withdrew into the thickly tangled bracken.

I crept along the track, hoping to spot the silhouette of a familiar landmark through gaps in the scrub. As I paused to listen for footsteps I heard the sound of running water at the end of the tunnel. If I could make it to the riverbank I’d be able to estimate my location and find my way home. The crunch of dry leaves and brittle crack of snapping twigs pierced the still night air. They were catching up. I had to keep moving.

A thick, muscular arm burst through the tunnel wall. Its long dirty fingers clawed at my eyes. Its owner growled in frustration as it struggled to push through the twisted mesh of lantana and blackberry bushes. I ducked under the arm and ran toward the end of the track, toward the sound of running water. The scrub behind me collapsed as a pack of ghouls forced their way into the tunnel; howling and groaning as they shambled after me. Another two arms burst through the bush in front of me, blocking my path. I ducked under the arms then sprinted toward open ground. More ghouls appeared behind me as I reached the end of the track.

I frantically searched the surrounding landscape for any landmark that would tell me where I was, but the countryside had morphed into an indistinguishable smear of misshapen shadows. I scanned the night sky for the Southern Cross, and The Pointers. If I could find them I’d at least know which direction was south. A chorus of angry moans drifted from the darkened bush track as the thunder of heavy footsteps grew closer. A cool breeze dragged a thin layer of clouds across the night sky, obscuring the stars and the moon. I was out of options and completely lost. All I could do was run and pray.

When I reached the riverbank I turned right and followed the flow of water, desperately searching for a narrow section where I could cross to the other side. My feet sunk into the ground, and sunk deeper with every step as the riverbank turned from gravel into thick, gritty mud. I pushed forward, hoping to find solid ground. My thighs burned and my lungs begged for mercy. Hungry groans echoed along the water’s edge. As I looked over my shoulder a large pack of zombies forced their way out of the bush track and into the clearing.

As the waterlogged zombie staggered onto the muddy shore, four more ghouls emerged from the depths. I turned to run from the river, but my path was blocked by an impenetrable, thorny wall of blackberry bush. The zombies from the track were only a few metres behind me, blocking my only retreat. All five ghouls from the river had reached land and were ploughing toward me through the thick mud.

In desperation I fled into the water, hoping I could swim to the other side before a slimy hand grabbed my ankle and pulled me under. Each terrifying stroke brought me closer to safety. A blinding beam of light shone in my eyes from the other side of the river, destroying my night vision.

“John! JOHN!” a deep male voice yelled from the dark.

A large calloused hand latched onto my ankle and pulled me under the surface. I stomped down with my free leg, breaking the ghoul’s grip. As I resurfaced the light on the riverbank spiralled backward and a second light appeared in its place.

“Wake up!” the second voice roared.

My eyes burned as they strained to see beyond the harsh beam of light. Shadows and darkness swirled around me, revealing the meagre features of my bedroom. Dad stood at the foot of my inflatable mattress, shining his torch in my face. Ben lay on the floor against the wall, rubbing his jaw.

Through panicked eyes I quickly looked around to make sure this was the real world, and not some oxygen deprived drowning fantasy. My hand slid down my leg and touched the dagger strapped to my ankle, confirming this was real.

“It must have been one hell of a nightmare. Are you sure you’re ok?” Ben asked as he climbed to his feet.

I sat up and shuffled backward until my back made contact with the wall underneath the window.

“Yeah, I’ll be ok” I replied as I ran my hand through my hair, still checking the corners of the room for monsters.

“If you’re sure” Dad said, turning his torch off.

Dad and Ben retreated from my room, quietly closing the door behind them. 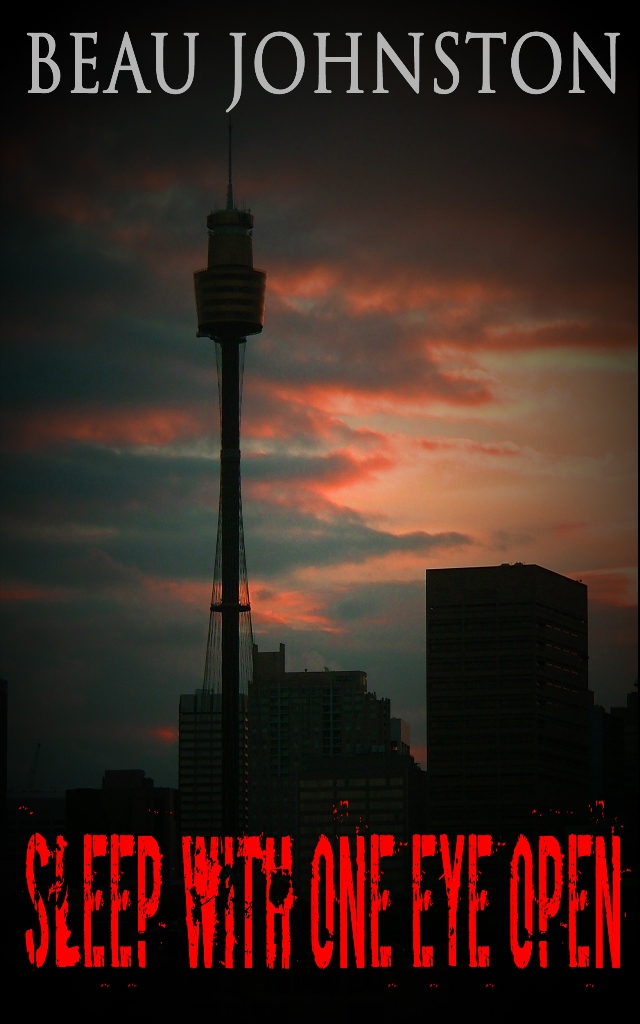